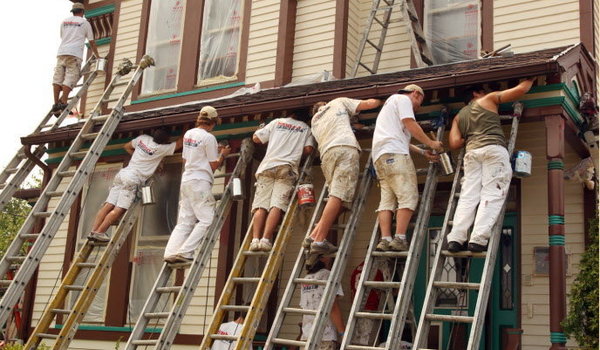 CLEVELAND, Ohio -- Providence House will celebrate the expansion of its West 32nd Street campus with a groundbreaking ceremony at 11 a.m. today.

"We are so excited," said Natalie Leek-Nelson, Providence House president and CEO. "This will allow us to meet state requirements and increase the number of children we care for. This is the largest expansion in Providence history."

Providence House protects Cuyahoga County children who are at risk of being abused or neglected. The nearly $2 million, three-phase project combines all of its administrative offices and residential areas onto one campus.

Some of the residential areas and administrative offices are in Leo's House, across the street from Providence House.

Providence House raised the funds from private donors, companies and organizations, as well as the Ohio Department of Mental Health and the City of Cleveland's Vacant Properties Initiative.

Leek-Nelson said child abuse cases were up 25 percent from January 2010 to December 2011, according to the Public Children Services Association of Ohio, a statewide child welfare monitoring organization.

Leek-Nelson said that many parents who take their children to the campus want to end the cycle of abuse and are taking responsibility. Leaving their children in a safe environment allows parents to focus on their own well-being so that they can be good caregivers.

"Ninety-nine percent of the children are reunited with their families," she said. That usually occurs within a month.

Construction is to begin Wednesday. Demolition on six homes on the site has begun. The first stage, which includes a new 7,000-square-foot wing to the Crisis Nursery in Leo's House, is to be completed in November.

Providence House now takes in children up to 6 years old. But this expansion will raise the age limit to 10, allowing siblings to stay together in one room.

The second part of the expansion includes transforming Providence House into a new Family Intervention Center. The center will help provide parenting education and six months of aftercare once children are returned to their parents.

The final stage includes the creation of the 60,000-square-foot Children and Family Campus with the Children's Village Homes and Education Center. This will allow all the facilities to reside under one roof. That project is expected to be completed by 2020.

Leek-Nelson said that in the last four years, 422 children had to be turned away.

"It's heartbreaking," she said. "These children need this. We have to grow to be able to help them."

We depend upon our volunteers!

Find out how you can help the children of Providence House.