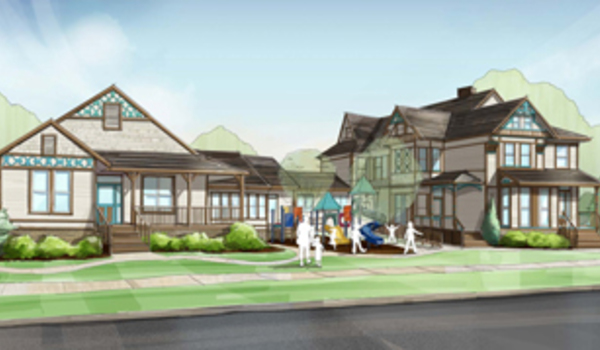 Providence House, the first crisis nursery in Ohio and one of only 70 similar facilities in the U.S., recently broke ground on a $2 million, three-phase project in Ohio City that will allow the nonprofit agency to better serve Northeast Ohio families in crisis.

"We have a waiting list that is 20 to 30 kids long right now," explains Natalie Leek-Nelson, Executive Director of Providence House, which is expanding its current location at W. 32nd Street and Lorain Avenue. "Phase I of the expansion will allow us to have 250 kids per year in our crisis nursery, and it will also increase the ages of the kids so that we can take older siblings."

Providence House provides short-term housing for kids who are unsafe in their homes because they're at risk of abuse, neglect or generally unsafe conditions. The agency is unique because it offers intensive therapy to help families stay together. More than 95 percent of families whose children end up at Providence House are eventually reunified. The facility also offers housing to kids whose parents are unable to care for them (for instance, because they've suddenly gotten sick).

"Parents don't want to give up their kids, so things often escalate until they're out of control," says Leek-Nelson. "Providence House is an alternative to the emergency foster system. We let families know it's okay to get help."

When asked why Providence House's work is important, Leek-Nelson cites a statistic that 75 percent of high school dropouts are abused kids. "Is it the school system or something at home that keeps them from succeeding?" she asks.

Providence House has already raised about 75 percent of the funds that are needed to complete Phase I of its expansion plans. "It's been a big challenge, but the community has really stepped up," says Leek-Nelson. "We have more than 300 individuals, foundations and businesses that have donated."

Join our group for young professionals who educate their peers about Providence House.